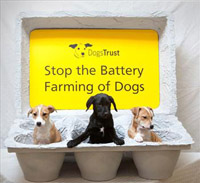 Dances with Dogs (DWD) is a relatively new canine sporting discipline, which had its beginnings in the UK as recently as the early 1990s. It was approved by the ANKC as an official discipline in Australia in 2008, for introduction from 1 January 2009. So far there have been three official competitions in south-east Queensland, with a further trial being held on 22 November.

To date we have had six Goldens competing – Gaye Hamilton and Ryan and Tabitha Young and Flame (both at Novice level), Pam Kettle and Ingot, Cathy Freeman and her boys Napoleon and Winston (all competing at Starters level), and my own Gemma (Buffalo Rustic Memories CDX). Gemma in fact gained her title “Dances with Dogs Freestyle, Novice” in August and in doing so was the first Golden in Queensland – and quite possibly Australia – to gain that title. She has also gained qualifying scores in the two Novice Heelwork to Music competitions held thus far (the first comp had only Freestyle classes), so we’re looking forward to getting that third qualifying score early next year (I’m judging at the November comp). We were very grateful to the GRCQ for sponsoring a trophy for the highest scoring Golden in DWD at the Brisbane Royal – which Gemma won for her Heelwork to Music routine.

DWD provides handlers and their dogs with an opportunity to demonstrate a skilful, choreographed routine, performed to music. Yes, you do need some foundation in obedience heelwork, but DWD enables the inclusion of innovative and creative moves and movement in time to and interpretation of the music, giving the illusion of dance. Also, in DWD there are no set moves, so you can showcase your dog’s strengths and not include moves which he doesn’t do well or which you haven’t perfected yet.

In DWD, handlers and their dogs develop a terrific rapport and, most of all, have fun doing it! Spectators also thoroughly enjoy watching the sport and seeing the enjoyment of the dogs.

“The dog and handler team choreograph their performances to a variety of music, illustrating their training and joyful relationship. … The result of this fabulous new sport is a balanced partnership between dog and handler with a rapport that many dog owners would love to achieve and there is no better reason to get your dancing shoes on!”

And from Attila Szkukalek’s website www.dogdance.net :
“The team present themselves as partners but the dog is always the STAR. … Canine freestyle is guaranteed to make your dog’s tail wag and give you a new sense of freedom and fun unlike any other dog sport”

DWD is suitable for and enjoyed by handlers of all ages and dogs of all sizes, ages and breeds; it’s great to see Goldens (and other breeds) competing successfully in a sport in which Border Collies predominate. Some of the benefits of DWD include the fact that the dogs are active and their fitness improves; they develop greater flexibility and, by working on both sides of the handler, avoid stiffness that can be caused by working only on one side.

Training DWD doesn’t require special equipment or a lot of space, and most of it can be undertaken at home. I’ve done most of my learning from training videos, supplemented by the occasional workshop. We have now formed the Dances with Dogs Club, Queensland, of which I’m President, and I’d be glad to point any Golden enthusiasts in the right direction. The best recommendation I can offer for DWD is that it’s great fun for both dog and handler – just ask Gemma; she thinks it’s lots more fun than obedience!